The latest Platypod, the Ultra, is another ultra-mobile and super-flexible mount that can be used as a tiny travel tripod or as a secure mounting point in all sorts of ways. 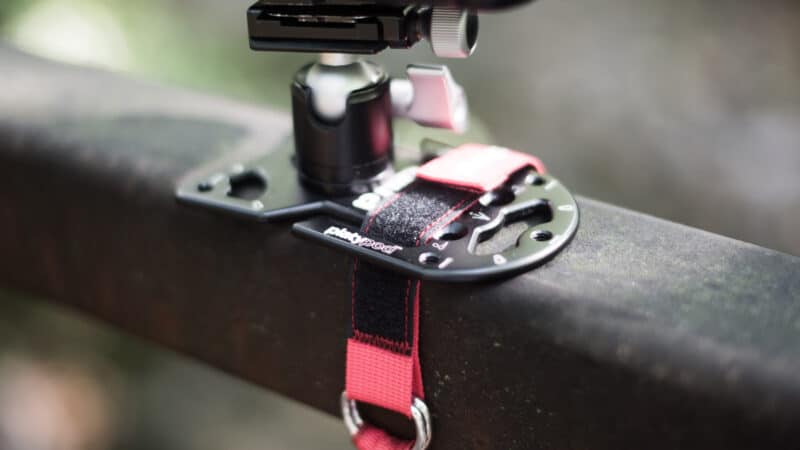 I’ve written about Platypods before. They’re specially shaped metal plates that provide flexible-use platforms for cameras. They’re not a direct replacement for tripods, as such, but there’s some overlap, and they can provide a stable mounting point in situations where tripods can’t. And they’re small and light and ultra portable. It’s a very simple idea, but a host of thoughtful features makes them incredibly versatile and useful.

The PlatyPod Pro was their original model, while the Platypod Max is a larger model better suited to heavier cameras.

They’re now launching a new model, the Platypod Ultra. It’s similar to the other models but offers some enhancements and improvements. In terms of size, it’s closest to the Platypod Pro and is best suited to smaller cameras and light DSLRs. If you’re using a larger, heavier camera/lens combination, the Platypod Max is more stable. 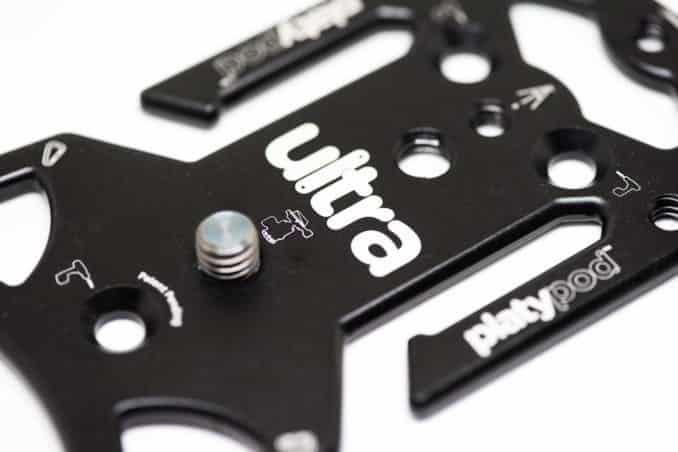 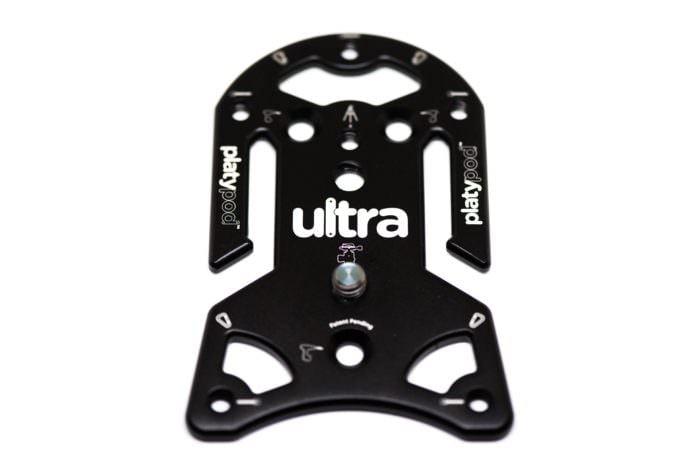 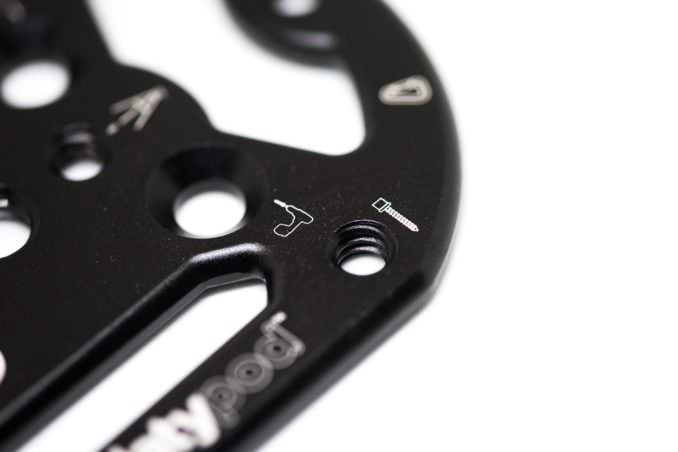 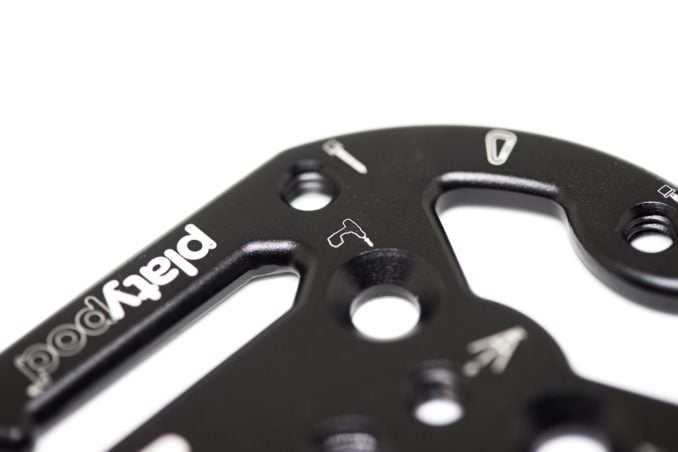 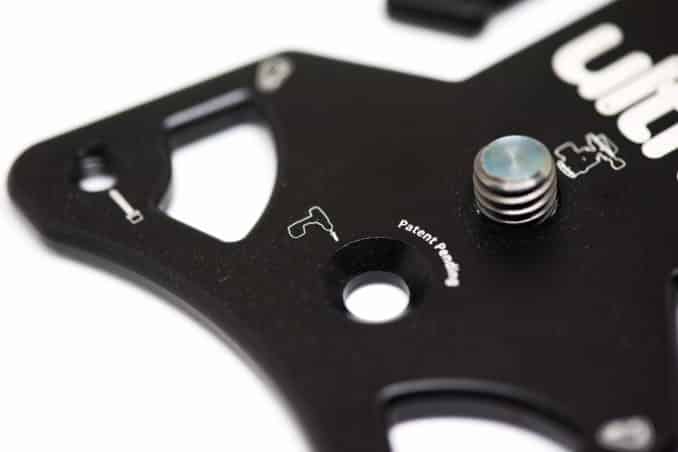 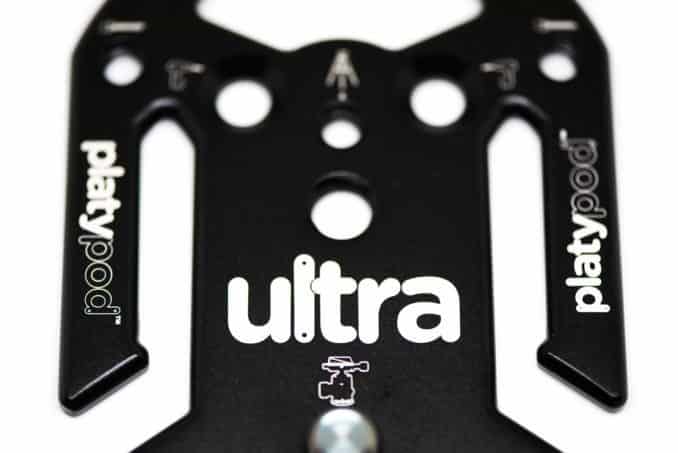 Platypod Ultra Flat Tripod for Small DSLR, mirrorless, and Compact Cameras
Check Price at Amazon
The Platypod Ultra was originally launched as a Kickstarter project. It was successfully funded and is now available through regular retail channels. The one I used for this review was an early preview model that the Platypod folks sent me to try out and put through its paces.

Conceptually, it’s the same idea as the two earlier models. It’s a base plate with an embedded tripod stud (3/8-16). There’s a variety of holes and hooks that can be used to mount it in a whole range of different ways.

Like the earlier models, it comes with four screw “feet” that screw into threaded holes in the corners. Using it this way, it’s much like a mini tabletop tripod (or, more accurately, quadripod). 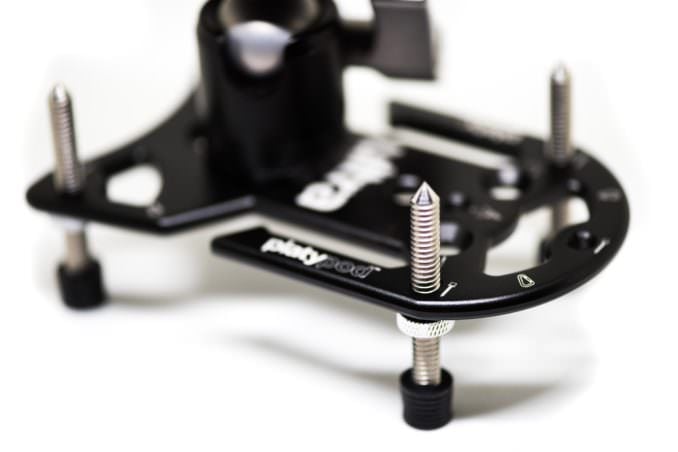 The screws are fundamentally the same, and you can use the older ones if you have some on hand, but there are some subtle tweaks made with the new ones, especially with slightly better rubber feet. The height of each leg can be adjusted independently, which is very handy when you’re tying to put it on uneven ground. The screws are also reversible. One end has a (very) sharp point that turns them into steel spikes. The other end has a small rubber foot that provides some grip on smooth surfaces and prevents scratches on scratchable surfaces like furniture or a car. (You can also buy replacement feet screws.)

The feet are great if you’re relying on gravity to create the platform, but that’s only one of many ways to use the Platypods. And the headline features of this newer model are in adding even more flexibility to other mounting options. There’s a lot of overlap with the earlier models–they all have screw holes for bolting to a wooden surface, for example, and that’s something I’ve found very useful when securely mounting cameras for long-term timelapse. This new model improves with the addition of some well-though-out cutouts that make it even more flexible. You can quickly clip on carabiners, for instance.

My favorite refinement is the improved strap grooves on each side. Paired with a mounting strap that comes with the Platypod Pro, it provides a very quick, flexible, and secure way to mount it on anything from trees to railings. It goes on an off without causing any damage, which can be important when you’re doing travel photography in places where people might be sensitive to any marks left behind. 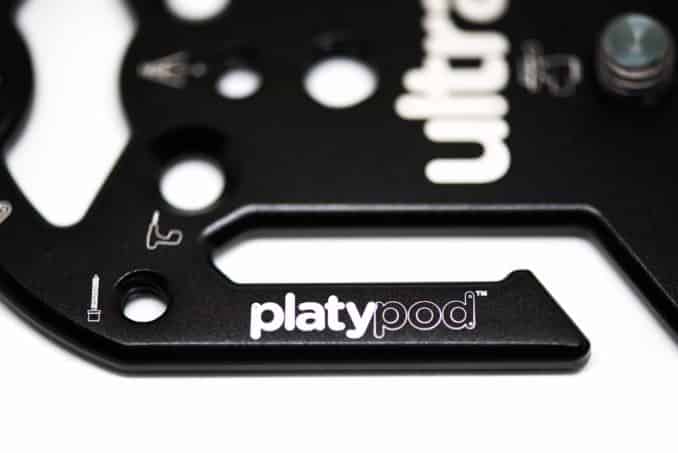 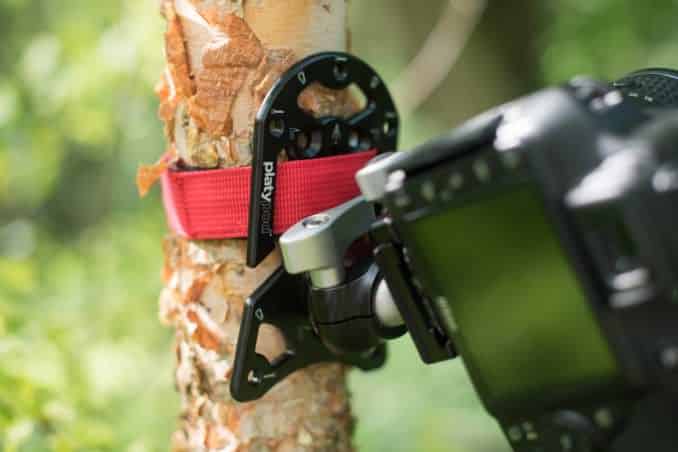 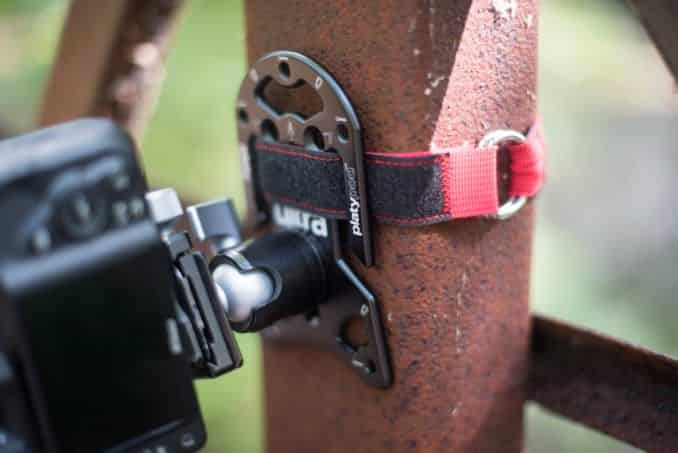 The Ultra is best suited to smaller cameras like mirrorless cameras or small to medium DSLRs with small to medium-sized lenses or accessories like flashes. 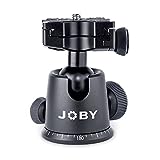 JOBY GorillaPod Ballhead X for Focus. Quick Release Ballhead for Tripods,...
Check Price at Amazon
It doesn’t come with a ballhead, but it’s compatible with most small to medium ballheads or other tripod mounts. In my photos here I’m using a Really Right Stuff BH-25 Ballhead, but you can also use a tiny Giottos ballhead if you’re using a small camera or just about any other standard head. Another good, inexpensive option would be the Joby Ballhead X.

Technically, you could attach the camera directly, but in many situations, that’s going to be too limiting for framing the shot. Tripod heads with a very broad base will likely block some of the holes and cutouts. You could even use it with things like GoPro mounts.

Platypod Max
Check Price at Amazon
For most people, the Ultra can be regarded as an improved, upgraded version of the Pro. They’re about the same size and can be used with the same kinds of cameras. The Ultra offers more flexibility, and I can’t think off the top of my head of anything that the Pro can do that the Ultra can’t.

But if you’re using a larger DSLR or a longish lens, and especially if you plan to use it as a standing platform, the Max is a better option because it offers more stability and security for your camera with less chance of it toppling over.

Overall, the Ultra is a new and improved version of the Pro. It’s more refined and more flexible but still conceptually the same idea.

There are four screw legs which come in a handy small canvas pouch (surprisingly useful given how sharp these feet are on one end).

There’s a basic carabiner, designed more clipping the plate to a belt or camera bag when carrying rather than mounting.

And there’s a simple strap with D-rings on one end and hook-and-loop (i.e.,. velcro) lining along part of it.

They’re also releasing an accessory kit separately. This isn’t restricted to use with the Ultra–it will also work with the other models.

The Platypod Ultra offers some evolutionary improvements over the previous models. Individually, each tweak is small. But cumulatively, they all add up to an incredibly versatile tool for mounting your camera in places where other mounting options come up short. Whether you’re using it as an ultra-mobile platform in place of a tabletop travel tripod or as a very secure foundation for a semi-permanent mount, the Platypod Ultra excels in areas that are unique. 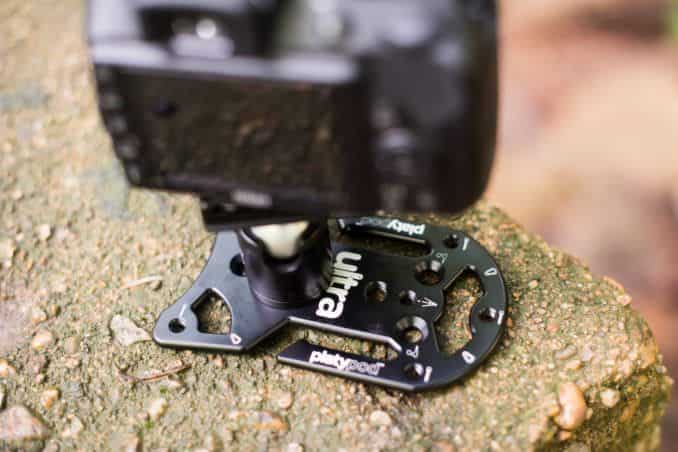 The Platypod Ultra was originally launched as a Kickstarter project. It has since been released through regular retail outlets such as B&H Photo, Adorama, and Amazon.