The small metal ring around the lens barrel of the Ricoh GR III has a habit of coming off. Here’s how to replace it, with either the official gray Ricoh version or a more colorful aftermarket version. 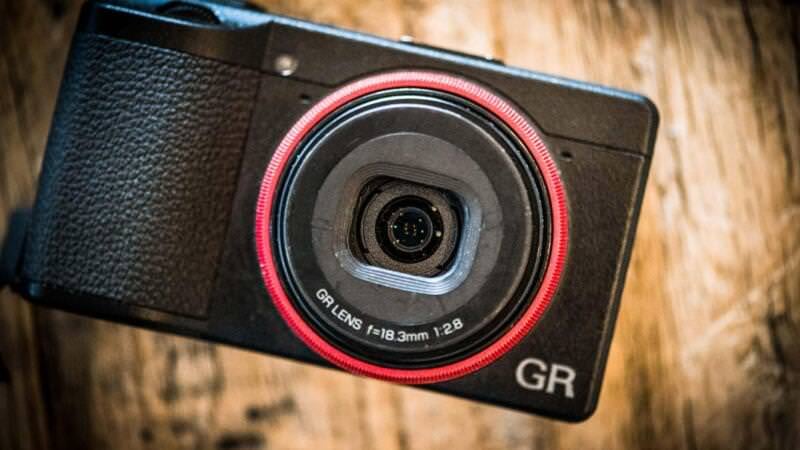 I’ve owned a few Ricoh GR III and GR II cameras. On all of them, I quickly lost the ring that goes around the lens barrel. They have a habit of coming off and disappearing.

In normal shooting, there’s usually no reason to remove it or change it. You do have to remove it if you’re using the GW-4 wide-angle conversion lens or the GA-1 adapter to add standard lens filters. But most of the time, it just sits there quietly and doesn’t do much of anything.

But it also has an annoying habit of coming loose and falling off just in normal use. I’ve had them fall off in my camera bag and heaven knows where else. Which suggests to me that it’s just a poor design. And it’s not just me—I know this is an issue that other GR III shooters have faced.

If you lose that ring, it’s not a dealbreaker. The camera will continue to work as normal, and it won’t make any difference to the operation of the camera. So if you just want to leave it as is, sans lens ring, you can.

But what it does is leave some metal contacts around the lens barrel exposed, and that’s never a great idea.

The good news is that it’s easy to replace the lens ring on the GR III.

Ricoh calls this the Ring Cap, which isn’t necessarily the way that would first come to mind for me to name it (maybe “lens ring”?). So if you’re looking for the replacement part, that’s what to search for (or the model number: GN-1).

They’re readily available as replacement parts and accessories for the GR III. There’s nothing fancy to them—they’re just rings of aluminum. So there’s no issue with electronics compatibility or any optical elements—they just have to fit.

It comes in a dark gray that matches the gray accent hot-shoe cover. 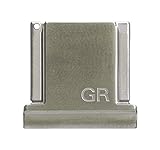 Aftermarket Versions. There are also much cheaper aftermarket versions made by other manufacturers that I’ve found to work just as well.

And it’s also an opportunity to have some fun with the colors. The Ricoh GR III Street Edition has a distinctive orange/gold lens ring. So you could go that route, if you like. But you can also choose from a range of different colors to add a little personality to your camera. In the photos here, I’ve chosen a red one because, well, why not?

So here’s the thing: these lens rings use the same design as the original. Which means they don’t solve the problem of the ring coming off and getting lost. That’s still just as likely. One reason I go with the aftermarket versions is that they are so much cheaper to replace.

These rings don’t attach quite like a regular screw-on filter with a thread. And there is a proper orientation to install them. The ring should have a small white dot on it. Line that up with the small white marking on the lens barrel that’s just above the “GR.” Then twist it clockwise a little until it clicks into place. It’s not a secure lock and will still come off easily.

Before installing the new lens ring / ring cap, make sure that the barrel is clear of any grit and dust. With the first one I installed, I made the mistake of not clearing out all the dust, and some grit jammed in there. If that happens, a rubber band wrapped around it should give enough grip to remove it. Admittedly, it wasn’t all bad—it did make it harder for the ring to come off inadvertently, but it’s not convenient if you have to remove it to attach the wide-angle lens.

Installing the ring cap doesn’t add any extra functionality or features to your GR III. It does add some protection to the exposed contacts, and it can add a splash of accent color.