High ISO Photo Examples Shot with a Sony a6500

Here’s a selection of photos that I’ve shot at high ISOs with the Sony a6500 to give a sensor of how useful its high ISO settings are in real-world shooting. 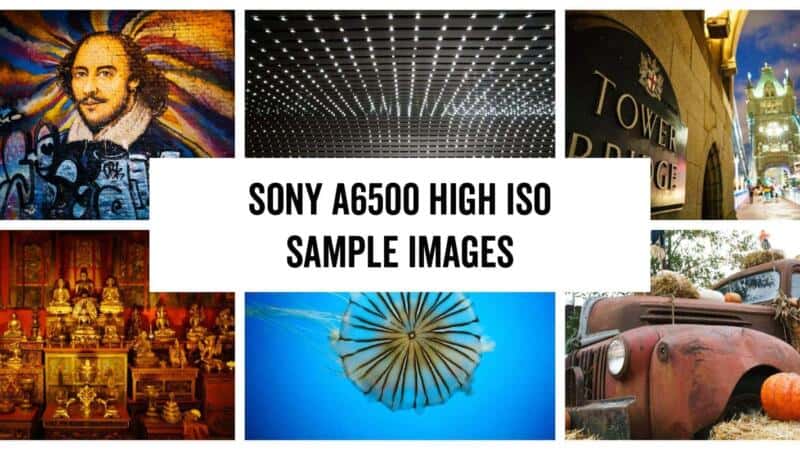 The Sony a6500 has an APS-C sized CMOS sensor that produces 24-megapixel images. The data from the sensor is then run through a BIONZ X image processor.

Once you step into the extended range, things start to go downhill quickly. You can expect much more noise, much courser images, deteriorating color rendition, a narrower dynamic range, and generally harsher images. So for everyday shooting, it’s typically best to stick to the standard ISO range. But it’s nice to have the option to turn things up to 11 on a case by case basis if you really need the extra light sensitivity to make the difference between getting the shot or not (or if you’re shooting for black and white, which is more forgiving of these aspects).

There are several variations when referring to the Sony a6500. You can also see it referred to as the Sony α6600, Sony Alpha 6500, and Sony ILCE-6500. All refer to the same camera.

About These Sony a6500 High ISO Examples

Below are some high-ISO examples I’ve shot with the Sony a6500. I’ve tried to include a range of different types of tones and lighting and detail.

All of these images were originally shot in RAW, so they’re not directly out of the camera.

Like most cameras these days, the a6500 does have in-camera noise reduction. In this case, there are two types: long-exposure noise reduction and high ISO noise reduction. Those settings don’t affect RAW files, but they are applied to the JPG previews that are embedded in the RAW files.

To get around that, all of these images below have been regenerated directly from the RAW data. If you want the best of both worlds and aren’t being skimpy on space on your SD card, you can have the camera save both the RAW and a JPG version simultaneously (I’ve put together some Sony a650 memory card recommendations separately).

The RAW files were processed in Lightroom Classic. I haven’t applied any extra noise reduction to these files.

I’ve included the ISO used in the caption of each image, and you can click on a photo to open a full-size version for a closer look.

Here are a few short sequences of the same subject at different ISOs so that you can compare them side by side.

Auto ISO is one of my favorite features of digital cameras. Back in the day, you had to choose an ISO, make sure you had the right film on hand, and then stick with that for the whole roll. And the ISO was basically a fixed part of the exposure triangle, at least until the end of the roll. 1

With digital cameras, you can use a different ISO image to image. And with the advent of auto ISO, which is common on most new cameras, the camera’s own computer algorithm uses ISO as a completely fluid side of the exposure triangle, adjusting it automatically on the fly.

With the a6500, you have the option of using the Auto ISO on the standard setting. That’s a good default and is widely useful in many situations. It gives a good combination of minimum shutter speed and low ISO. But you can tweak it further, first with options for faster priority or slower priority, which are relative to the standard setting in 1 EV increments. But you can also set a specific shutter speed floor that the camera will try not to go below for stepping up the ISO. That’s especially helpful if you’re shooting moving subjects and need to favor faster shutter speeds. Same goes for reducing the risk of camera shake, something I run into in cold environments or when shooting from moving platforms like boats or trains. The a6500 has the option of setting that floor all the way up to 1/4000 sec or as slow as 30 seconds.

But one thing worth noting is that the Auto ISO won’t step into the extended range. For those higher ISO settings, you’ll need to specify the ISO manually.

The a6500 was sold in a range of different bundles, from just the body to kits with lenses and other accessories. With the newer model out now, the a6500 is harder to find new in stores. But you can often find used copies in good quality. If you’re in the market for a used copy, there are good odds of finding one at KEH, which is my go-to source of used photography gear.

Popular Accessories for the Sony a6500

Here are some popular accessories for the a6500. 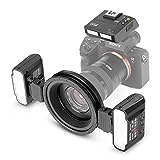 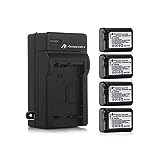 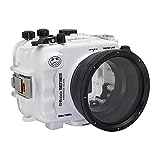 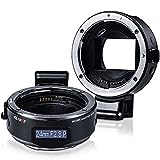 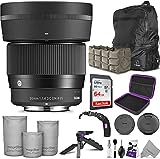 Images and product information from Amazon PA-API were last updated on 2022-06-30 at 01:20. Product prices and availability are accurate as of the date/time indicated and are subject to change. Any price and availability information displayed on Amazon Site at the time of purchase will apply to the purchase of this product.

High ISO Photo Examples Shot with a Sony a6500