There are multiple options for doing long-term time-lapse with a GoPro HERO4 Silver or Black. Here’s a rundown of the options–each has its own pros and cons. 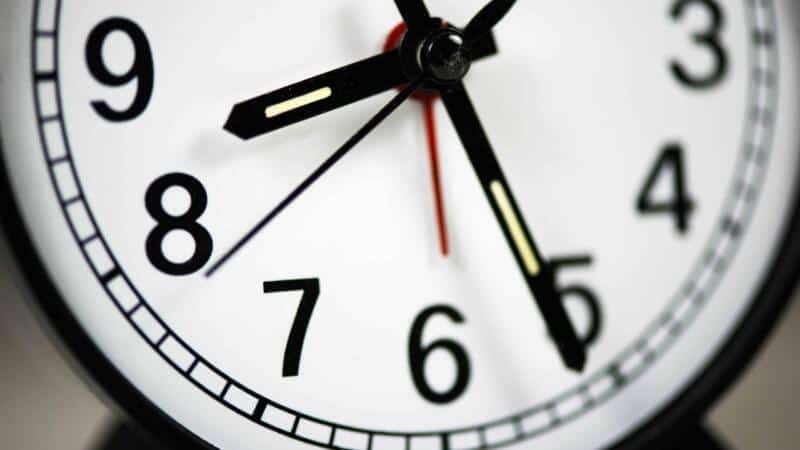 If you’re looking to do a long-term time-lapse shoot with a GoPro HERO4 Silver or Black, there are two big issues you’re going to have to contend with.

One is storage space. This one is pretty easy to solve. Both the Silver and Black are officially supported with memory cards up to 64GB. I’ve found in my own use that 128GB cards work just fine as well so long as they’re fast enough. How much storage space you need depends on the settings you’re using—especially how many frames you plan to shoot and at what resolution. You can fit roughly 9,000 still images from a GoPro HERO4 on a 64GB, give or take, and double that on a 128GB card. If you’re going to compile your video at 30fps, that’s going to give you about 5 minutes of end-result footage, which is quite a lot for a single shot.

The much bigger challenge with shooting long-duration time-lapse with a GoPro is keeping the camera powered on. If you’re shooting indoors and have access to AC power, it’s really easy just to run the camera from AC. But if the camera is going to be exposed to the elements or away from a power outlet, you’ll need another solution.

Battery life isn’t a GoPro strong point. So, unless the action you’re shooting is under a couple of hours, you’re going to need to find another solution other than relying on the standard internal battery.

The problem is that the camera doesn’t switch off between individual shots. A single shot is over in a fraction of a second, but GoPros stay on until the next shot. So it chews through battery power at a pretty constant rate when shooting time-lapse, whether you’re using a time-lapse interval of 1 second or 60 seconds. If you’re lucky, you might get about 2 hours out of the internal battery, perhaps less.

So here are some options if you’re looking to shoot time-lapse for longer than a couple of hours. All of these assume you don’t have easy access to AC power and/or need weatherproof protection for the camera. It’s hard to give absolute times for how long these battery solutions will provide because it depends on several things—the camera settings you’re using, the quality and health of the battery, and even the weather conditions (lithium batteries don’t perform well in very cold conditions).

Time Lapse Under 24 Hours with a GoPro HERO4

If your time-lapse shoot spans more than a couple of hours by less than 24 hours or so, there are a few different options. Not all of these will run a full 24 hours, and some can run longer depending on the choice of settings you use.

GoPro Battery BacPac. This is a 1260 mAh extended battery that plugs directly into the back of the camera. It’s simple to attach—it just slots on the back—and it fits inside a regular GoPro housing when you switch out the back door for the deeper version (you should have had the extra doors included in your original GoPro box, or you can buy them separately). The pluses of this setup are that it’s self-contained, waterproof, and not much larger than the standard GoPro setup. The downside is that at 1260 mAh, you’re only going to double the built-in battery time.

Brunton All Day 2.0 Extended Battery. For some extra oomph, the Brunton All Day 2.0 battery pack is waterproof/weatherproof. It’s a 5000 mAh battery, so you get about four times the capacity of the GoPro Battery BacPac. I’ve gotten up about 17 hours of time-lapse shooting out of a single charge. Like the BacPac, it creates a highly mobile, self-contained, waterproof package. The battery clips on to the back of the camera with a small ribbon cable and then replaces the entire back door of the GoPro housing. I have a detailed review of the Brunton All Day 2.0 Extended Battery here.

External Intervalometer. GoPro has recently started opening up its products to third-party developers, but for now, it’s still a basically closed system. That includes the intervalometer, the internal controller that looks after time-lapse. But that’s not to say others haven’t been able to hack workarounds.

A company called CamDo offers a small external intervalometer that takes quite a different approach. Rather than adding extra power, it conserves the power of the internal battery by switching the camera off between shots. With a fully charged internal battery, you should get roughly 2000 or so shots, spaced at whatever schedule you like, whether that’s a few hours or, conceivably, weeks. It’s small enough to fit inside the GoPro housing using the extended backdoor (the same one you’d use for a BacPac LCD or battery).

There’s also a different version that adds more scheduling flexibility: a scheduling programmer. But it doesn’t work with the standard GoPro housing, so if you need weatherproofing, you’ll need to put it in something else. Cam-Do has their own DRY Enclosure that’s a good off-the-shelf option, or you can try your hand at a cheaper DIY solution by modifying something like a Pelican case. You can find out more information on the scheduler here. (UPDATE: It has been discontinued, but you might be able to find used copies.)

With both, there’s an important catch: using them requires running a modified firmware in your camera. That means replacing the official GoPro firmware with a third-party one (and accepting the risks that that involves) as well as choosing or modifying a script to control the intervals. More information on that is on the CamDo website.

I’ve used both of these options and have had pretty good results. But I’ve also found that there are parts of combination that can cause problems, so I have learned not to rely on it for mission-critical or client shoots. It is, after all, making a workaround to make the camera do something that it’s not designed to do.

Up to Indefinite (with Regular Access to Swap External Battery)

You can also run a GoPro with an external battery or an external power brick. GoPro now has its own GoPro-branded external battery, but there’s no reason you have to stick with that one. I’ve found Anker batteries to be good combinations of performance and value, but there are any number of other good ones available.

There are many different capacity external batteries, and how long each lasts depends on its rated capacity, its quality, and whether its real-world capacity matches the manufacturer’s claimed capacity.

There are two things to contend with in this approach for outdoor time-lapse shooting. One is that if your shoot spans a longer time than your battery lasts, you’ll need regular access to swap out the battery. But the good news is that you should be able to swap out the external battery without disturbing or bumping the camera and risking misalignment. So long as you have regular access to the battery pack and can swap out the memory card when it fills up, there’s no real reason that you can keep this running for weeks or months, at least.

The other thing to contend with is that you’ll need to factor in waterproofing both the camera and the battery. The GoPro waterproof housing isn’t designed to allow external connections. In one of my housings, I’ve drilled a hole in the side to allow a USB cable to be inserted into the camera. When I’ve installed the camera and inserted the cable, I still need to waterproof that hole with silicon sealant gel and duct tape. If you plan for a serious drenching or to be submersible, you’ll have to take extra measures here.

You’ll also need to provide waterproof protection for the external battery. There are a small number of “waterproof” battery packs, but most of them are waterproof by themselves only when they’re sealed up and not being used. Plugging in a cable exposes the connections to the elements. I use a small Pelican case, again with a small modification of drilling a hole in the side to allow a cable to enter and sealing it up again with a combination of silicon sealant gel and duct tape.

Here’s an example take from some footage I shot of the blizzard that hit the Washington DC area in January 2016. It spans roughly 50 hours, with the camera mounted about 10 feet up a telephone pole and the 20000 mAh battery in a separate Pelican case with a hole drilled through the side for the cable access. I swapped out the external batteries about every 24 hours (the cold weather didn’t help with battery life).

There’s also a solar-power option for off-the-grid long-term time-lapse shooting that can last weeks, months, or conceivably even years. CamDo makes a solar-powered time-lapse package that includes a hard enclosure, solar panels, a battery, and cables. It’s really designed to be used with their new Blink time-lapse controller.

And with that combination—and sunshine, of course—you can run time-lapse shoots that last weeks or months without ever having to touch the camera. So it’s a great option if you’re shooting in remote places or won’t have easy access to the camera. I’ve used these hundreds of feet up in the lights at football stadiums where they aren’t easy to get to without mechanical lifts, climbing safety gear, and a hefty insurance policy, but where I can let a camera sit for months at a time.

This is a high-end solution that costs as much or more than the camera itself, although it’s still a lot cheaper than DSLR equivalents or remote monitoring cameras. And while installing the GoPro camera in the housing is straightforward, there is some setup involved, and to use the Programmable Scheduler, you’ll need to use a custom firmware script. So it’s not quite a plug-it-in-and-go solution. I’ve used it for client shoots at construction sites, and it works well. It’s a much smaller and lighter option than the Harbortronics solar rigs I typically use, but it does come at some cost to peace of mind because, again, it’s a workaround to get a GoPro camera to do something it wasn’t designed to do, and if you’ve used GoPro cameras much you will have found that sometimes they have a nasty habit of locking up. So for client shoots, I tend not to rely on the GoPro set up as the primary. And while it’s a strong setup, it’s not quite as bulletproof as the Harbortronics setups, which I have quite run through the eye of a hurricane and in blizzards.

Which Method is Best for Shooting Long-Term Time Lapse with a GoPro HERO4?

Long-term time-lapse is definitely possible with a GoPro, and it’s a smaller, lighter, more mobile, and potentially less expensive option than using a DSLR. But there are multiple different approaches, each with its own pros and cons, so it really depends on how long you want to shoot for and how much complexity and cost you’re willing to deal with.